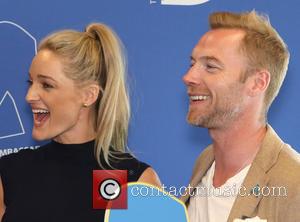 The 38-year-old groom's 16-year-old son Jack served as his best man, while his daughters Missy, 14, and nine-year-old Ali were part of the wedding party.

Keating proposed to his new bride in April (15), a month after his divorce to first wife Yvonne Connolly was finalised.