Irish Singer Ronan Keating Is Laughing Off Rumours Suggesting He Clashed With Fellow Former Boy Band Star Brian McFadden At A Party Over The Weekend (14-15nov15). 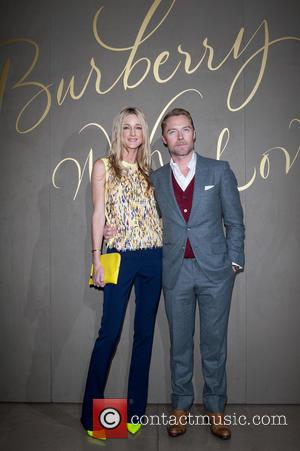 According to a U.K. tabloid report, the two artists were both guests at golfer Gary Player's 80th birthday bash in his native South Africa, where Ronan serenaded the group with a rendition of traditional Irish folk song She Moved Through the Fair.

Sources claim Westlife star Brian decided to pull a prank on his old pal and jokingly heckle the Boyzone frontman during the gig, shouting and making noises from the side of the stage.

An onlooker tells the Daily Star, "Ronan wasn't happy about it. People at the event didn't think it was appropriate either."

However, Ronan has since dismissed the reports via Twitter.com.

"Hey @BrianMCFadden I hear we Bumped heads," Ronan writes on Monday (16Nov15). "Must have been when we were hugging about how much we love each other".

Responding to the tweet, Brian adds, "Yep! Yet again another bulls**t story!"