Roman Polanski Is Thankful He Can Now "Breathe With Relief" After Polish Authorities Rejected A U.s. Request To Extradite The Director To Face A Decades-old Sex Crime Conviction. 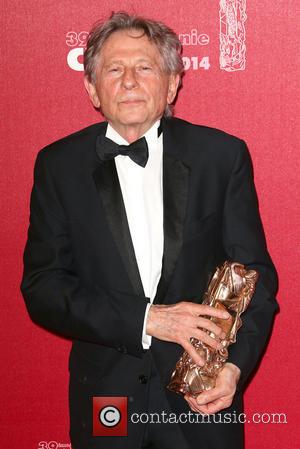 The Rosemary's Baby moviemaker fled to his native Europe on the eve of sentencing after he pleaded guilty to having unlawful sex with a minor in 1977.

Prosecutors have spent years attempting to have Polanski sent back for punishment and previously had a 2014 extradition request rejected by Polish officials. They submitted another application in January (15), but after months of delays, Judge Dariusz Mazur turned down the second request on Friday (30Oct15) and declared that extraditing Polanski would violate his human rights.

U.S. authorities have yet to reveal if they plan to appeal the decision, but as far as Polanski is concerned, the case is finally closed.

The director did not attend the Krakow hearing for "emotional reasons", according to his lawyer Jan Olszewski, but he followed the proceedings live on TV and spoke of his joy after hearing the good news.

"I can breathe now with relief," the 83 year old told reporters in Krakow, where he has been working on a movie. "I pleaded guilty. I went to prison. I have done my penalty. The case is closed."

Polanski, who lives in France, also previously beat an extradition attempt from Switzerland in 2010.