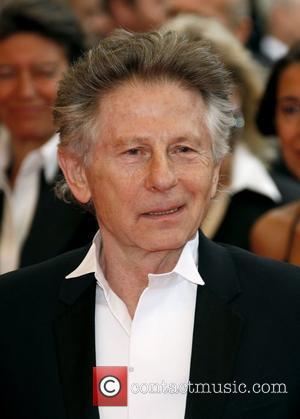 Shamed film director Roman Polanski is taking legal action against a string of French magazines after editors allegedly published pictures of him under house arrest in Switzerland.
The moviemaker is currently being kept at a ski chalet in the country as he waits to discover whether he will be extradited to the U.S. to face sentencing over a 1977 child sex charge.
Polanski pleaded guilty to having intercourse with a 13-year-old girl but fled to France before he could be sentenced. He was detained in Zurich in September (09) and kept behind bars until earlier this month (Dec09) when he was released from jail to spend the rest of his detention at his home in the Swiss Alpine resort of Gstaad.
But the Oscar-winner is fuming after two French magazines, VSD and Voici, and Le Journal du Dimanche newspaper allegedly published photographs of him and his family, taken since he was freed on bail.
Polanski's legal team is taking the matter up with the courts, claiming the photos infringed the star's privacy, according to Agence France-Presse.
The director and his actress wife, Emmanuelle Seigner, are said to be demanding $110,000 (£680,750) in damages for the publication of the pictures and the accompanying articles.
The lawsuit will go to court in the New Year, with a hearing scheduled for 12 January (10) in Paris, France.
Polanski previously won a high profile libel battle with American magazine Vanity Fair in London in 2005.
The star recently lost his bid to have his child sex case dismissed by a U.S. court. Swiss officials will decide in January (10) whether they will agree to the extradition request.