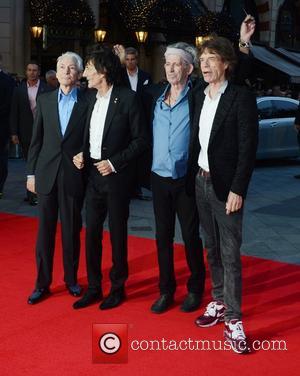 The Brit Awards 2013 nominations were announced on Thursday (January 10, 2013), being somewhat overshadowed by the Oscars stuff going on across the pond. We already know James Corden is back on-board as host, and he'll be joined by the likes of Muse, Robbie Williams, Mumford & Sons and One Direction, who all scored nods this week.

Forget all that though, because The Rolling Stones may be playing live. After scoring a nomination for Best Live Act, the legendary rockers hinted that they may well be on hand to rock the stage at the O2 Arena on February 20, 2013. Keith Richards said, "Onstage is where we belong. When I'm up there with Mick, Charlie and Ronnie, everything is rocking, so a big thanks to Brit fans and the Brits nom!" Though it's not confirmation exactly, there's a possible hint in there somewhere. His band-mate Mick Jagger said, "We all had such a blast. Everyone was at the top of their game and the hometown audiences at The O2 were just fantastic. It's great to be nominated... we'll see you soon." Organizers of the Brit Awards are always keen to get marquee acts to close the evening, and the Stones' seem at home at the O2 nowadays.

Others picking up nods during Thursday's announcement were Mercury winners Alt-J (3), Emili Sande (3) and Amy Winehouse, who was posthumously nominated for her Lioness record. One Direction will battle Mumford & Sons and The XX for Best Group.