The song is among the charity Christmas singles of the year.

The ever charitable Rolling Stones have decided to relinquish all royalties of a cover version of their 1973 single 'You Can't Always Get What You Want', what with all proceeds of the single going to charity in memory of murdered British MP Jo Cox. 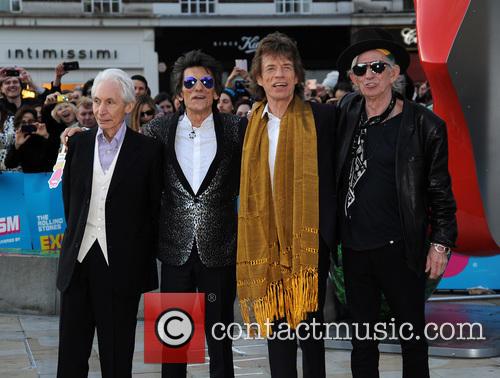 The rockers, led by Mick Jagger and Keith Richards, have chosen against receiving royalties for the song which was covered for a Christmas single by a number of different musicians and fellow MPs. It was released in remembrance of Jo Cox - a labour MP who was the victim of a vicious hate crime earlier this year - with all proceeds being donated to a new charitable trust called the Jo Cox Foundation.

SNP Shadow Leader of the House of Commons Pete Wishart, who is also a member of the politician band MP4, revealed the news in the House of Commons this week. 'I'm sure the Leader of the House would also like to join me in thanking Sir Mick Jagger and Keith Richards for waiving their royalties', he said, 'ensuring that even more money goes to the Jo Cox Foundation.' The government themselves are also aiming to boost the donations, revealing plans to reduce the VAT on all sales of the song.

'You Can't Always Get What You Want', which also features the likes of Ricky Wilson from the Kaiser Chiefs, Cockney Rebel's Steve Harley, KT Tunstall and David Gray, could be a contender for the Christmas number one spot, vying against the likes of Cruz Beckham's charity single 'If Every Day Was Christmas' and 'The X Factor' winner Matt Terry's 'When Christmas Comes Around' which was written by Ed Sheeran.

More: The Rolling Stones reach number one with their new album

Jo Cox was murdered in a street attack on her way to work in Birstall, West Yorkshire on June 16th this year. Her killer, Thomas Mair, was later convicted and sentenced to life imprisonment.