‘Exhibitionism’ will open at the Saatchi Gallery next April.

Not content with being one of the most legendary bands of all time, The Rolling Stones have just announced their first career spanning exhibition which will take over London’s Saatchi Gallery from April 2016. Titled ‘The Rolling Stones – Exhibitionism’, it will run across nine galleries over two floors and showcase over 500 artefacts from the band’s history. 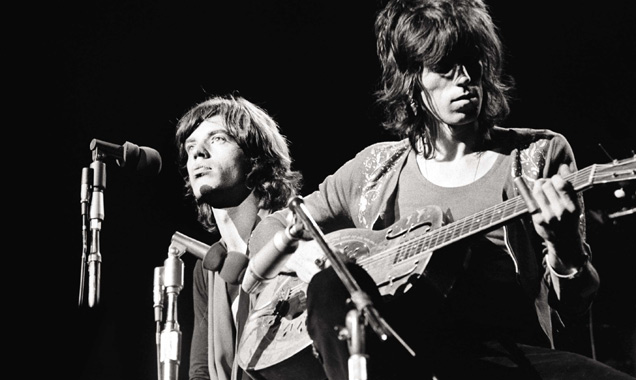 The Rolling Stones have announced at career-spanning touring exhibition.

“We've been thinking about it for quite a long time but wanted it to be just right and on a large scale just like planning our touring concert productions,” frontman Mick Jagger said. “I think right now, it’s an interesting time to do it. We’ve been pretty hands-on in this.”

“We’ve looked at lots of proposals, ways of presenting these things,” Jagger added. “And we’ve changed a lot of the ideas that were originally presented and substituted with them our own. I think that’s good.”

The exhibition has been described as “the most comprehensive and immersive insight into the world’s Greatest Rock n’ Roll Band” and is said to be ten times the size of David Bowie’s V&A exhibition and twenty times bigger than the Elvis show currently at the O2.

“While this is about The Rolling Stones, it's not necessarily just about the members of the band,” Keith Richards said. “It’s also about all the paraphernalia and technology associated with a band like us, as well as the instruments that have passed through our hands over the years that will make the exhibition really interesting.”

After its three month run at London’s Saatchi gallery is up, Exhibitionism will then go on a four-year world tour, stopping at 11 cities including New York, Los Angeles and Tokyo. Tickets prices in London will begin at £15 but will be dearer during ‘premium’ viewing times, such as on Saturday afternoons. ‘Exhibitionism’ opens on April 5, 2016.