They last performed in the US and Canada in 2006's 'A Bigger Bang' tour.

The Rolling Stones are set to hit the road yet again, this time re-visiting the States for the first time in nine years on their 15-date Zip Code tour. The veteran rockers will be performing everywhere from San Diego to Quebec in this North American bonanza.

Mick Jagger, Keith Richards, Charlie Watts and Ronnie Wood will be performing at some of the biggest stadiums in the US and Canada on their forthcoming Summer tour which will run from May to July; kicking off at San Diego's Petco Park and wrapping up in Quebec with Le Festival D'Été de Québec, tickets for which will be available in April.

More: Listen to an acoustic rendition of 'Wild Horses'

'We are excited to be back in North America playing stadiums this summer!' frontman Jagger admitted. 'We are looking forward to being back on stage and playing your favorite songs.' Guitarist Richards also expressed his excitment about the upcoming concerts. 'We love being out on the road and it is great to come back to North America! I can't wait to get back on the stage!' He said. 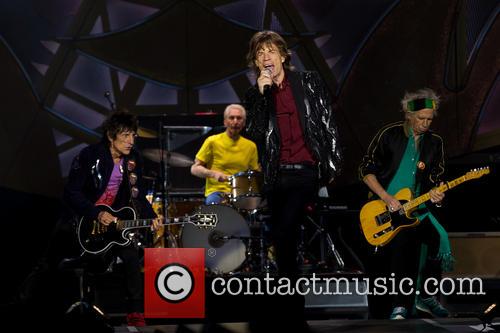 The band's last run in the US took place in 2006 during their 'A Bigger Bang' tour; a series which broke the record for highest grossing tour of all time at that time. Lately, they have been performing across Asia, Europe and Oceania on their '14 On Fire' tour (an almost immediate follow-up to their anniversary '50 & Counting Tour') which saw them visit cities the likes of Tokyo, Shanghai, Berlin, Madrid, Melbourne and many others.

More: See clips from The Rolling Stones' tour documentary 'Charlie Is My Darling'

On May 25th 2015, the Stones will also be re-releasing their legendary 1971 album 'Sticky Fingers' in the UK. The album was originally recorded in Muscle Shoals, Alabama and Olympic Studio, London and featured artwork by historic pop artist Andy Warhol.

Tickets for the Zip Code Tour will be available from April 13th 2015.

*wristbands will go on sale at 12pm local on Saturday, April 11