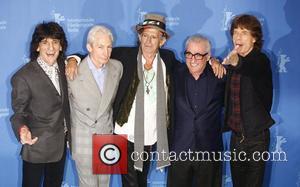 THE Rolling Stones are planning to head back to the studio later this year (08) to begin recording their 23rd studio album. The energetic sixtysomething rockers recently ended their two-year A Bigger Bang world tour - in support of 2005's album of the same name - and are currently promoting Martin Scorsese's movie documentary about them, Shine A Light. But as soon as they get a break, Sir Mick Jagger and Keith Richards will sit down and write new tracks. Guitarist Richards reveals, "I think we might make another album. Once we get over doing promotion on this film." And he insists the fact they have been rocking non-stop for more than 40 years, and are all aged between 60 and 66, isn't enough to stop them in their tracks. Crediting their unusual lifestyle for their longevity, he adds, "We love what we do, simple as that. We were the whipping hounds, you know, but that's calmed down. Now we're the wrinkled rockers, right? But I still have the energy. I put that down to not eating a lot. And drinking a lot. Not eating a lot, and good weed. Honestly I'd do this job even if I were in a wheelchair." Drummer Charlie Watts is particularly keen to keep working, claiming he gets ill whenever he stops: "I think we should carry on. It seems that whenever we stop I get ill. The last time we had a break I got throat cancer. I do all my exercises, I don't smoke, and I don't drink, yet I'm the one in the band that got it."