Why Can't The Rolling Stones Sell Out The Staples Center?

Still want a ticket for the Rolling Stones at the Staples Center tonight? Go right ahead... 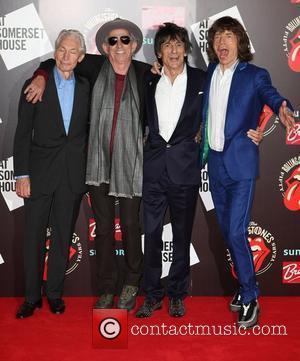 It's quickly becoming a case of you can't always get what you want for the Rolling Stones, after it emerged tickets were still available for tonight's show at the Los Angeles Staples Center (May 3, 2013) after punters failed to snap up the hideously overpriced $600 floor seats, based on the website of Anschutz Entertainment Group Inc, the owner of the Staples Center and promoter of the Stones' tour.

"To anyone not working in investment banking, these are extremely expensive tickets," said Gary Bongiovanni, editor-in- chief of Pollstar, a concert-industry magazine. In order to fill the center for tonight's show, AEG has begun lowering prices with more $85 tickets being made available (according to Rollingstones.com.) Initially, they were the only tickets sold out for the May 3 show, according to the AEG website.

"By the time the show starts, they'll fill every seat at the arena," Bongiovanni said in a phone interview with Bloomberg, "It just won't be with people who paid $600 a seat." AEG offered an explanation of sorts, saying in a statement that the date of the first show had to be moved by a day because of professional basketball and hockey playoffs at the arena, requiring the company to offer some refunds. "We fully expect Friday's Staples Center show to be sold out and are very pleased with ticket sales for all upcoming shows," it added.

The Rolling Stones announced plans for a nine-city North American tour on April 3, including dates in Las Vegas, California, San Jose, Anaheim, Oakland, Toronto, Chicago, Boston and Philadelphia. A Montreal was added for April 16 though there currently no dates planned for New York. The last major Stones' tour - A Bigger Bang - pulled in a record breaking revenue of $558 million between 2005-2007, according to Billboard. That record was smashed by U2's 360 shows between 2009-2011. The Irish rockers made $736 million.

During an interview with the Boston Globe last month, Keith Richards laughed off suggestions that the band we out to fleece fans with high ticket prices. "It's the price of living and it's the state of the economy," he explained, adding, "Actually, we've taken a deal on this tour which is substantially lower than another one we were offered. We're not out to soak people, for Christ's sake. It's just what it costs to put it on and to pay everybody and to make a profit. It's a business, but after all these years I don't think anybody seriously thinks that the Stones are out to soak you."

Chatting with the Ventura County Star, frontman Mick Jagger said, "If you really can't afford a ticket, it's sad. I feel bad about that. But there are seats at different prices. We have some cheap ones that are quite good, too. There's a price for everybody, I think."

As of 9.30am on the west-coast, Rolling Stones tickets for tonight's performance were still readily available on the Staples Center website. 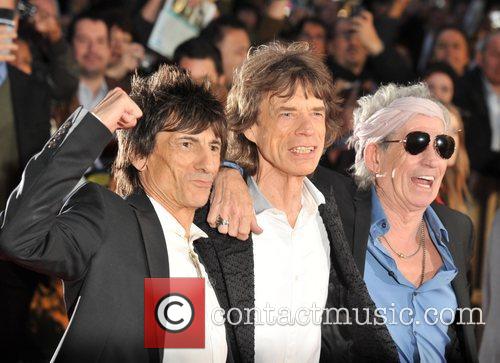 The Rolling Stones At The Crossfire Hurricane Screening In London