The Stones' 'Exhibitionism' will open in April 2016, and the band members talked a little about their motivation to take this decision now and what it means for their future.

They recently announced a hotly anticipated exhibition at the Saatchi Gallery in London starting next year, and now The Rolling Stones have teased a few more details about what it will involve and what motivated them to do it now.

Mick Jagger, Keith Richards, Ronnie Wood and Charlie Watts took time out from their current Zip Code Tour of North America for a short featurette where they spoke a little about ‘Exhibitionism’, which will open on April 6th 2016. It turns out the group has been planning it for over three years.

“We’ve been pretty hands-on in this,” said singer Mick Jagger. “We’ve looked at lots of proposals, ways of presenting these things. And we’ve changed a lot of the ideas that were originally presented and substituted with them our own. I think that’s good.” 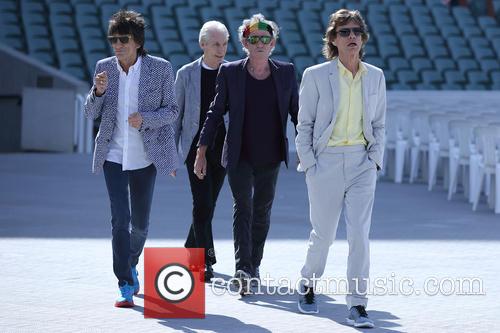 The Rolling Stones in Adelaide in 2014

‘Exhibitionism’ will run until November 2016, and will cover two floors of the Saatchi Gallery and contain 500 pieces of Stones paraphernalia, including guitars, costumes, audio and video clips, original artwork and specially made visual presentations.

More: Could a new Rolling Stones album be in the pipeline?

“We’ve got an awful lot of stuff – and most of it was offered to us,” said Watts about what prompted them to follow in the footsteps of the likes of ‘David Bowie Is…’, the successful V&A Museum exhibition that later went to Sao Paolo, Chicago and Paris.

Richards, the band’s swashbuckling guitarist, said with a mischievous grin, “there's some incredibly interesting things that go along with The Rolling Stones and it's not necessarily the members themselves. All of the bits and pieces and technology and instruments and stuff, the things that have passed through your hands in that time. Very interesting, at least to me because half of them are stolen!”

And to those who reckon that this is a sign that the Stones will be finally coming to an end? Rubbish! “How many times have they said that?” responded Richards, “they’ve been saying ever since 1975!”. Watts, always one of the more reluctant Stones, was a bit more world-weary in his outlook, saying: “It would be lovely if it was, but I have a feeling it won’t be.”