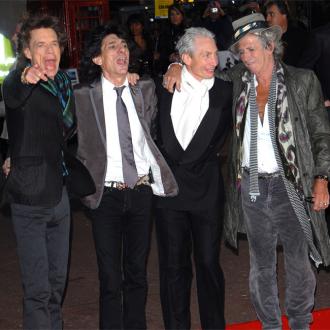 The Rolling Stones are weighing up tour proposals.

The 'Brown Sugar' rockers marked their fiftieth anniversary with a handful of shows in the UK and US late last year and admit they are looking into going on the road for a lengthy period later this year.

Frontman Sir Mick Jagger said: ''There have been quite a few offers. I'm going to see what's on the table and discuss it with everyone.

''We'll announce it when we've figured it out.''

Guitarist Keith Richards added: ''Really, all you're going to have to do is wait for an announcement.''

Keith thinks it would be ''dopey'' not to tour as the band worked so hard to be back at live performance standard and it would seem a waste to stop gigging now.

He told Rolling Stone magazine: ''[The shows] went like a dream, at the same speed, man. But we barely got off the starting blocks.

The anniversary shows came after over a year of negotiations, and Keith claims Mick took the longest to agree to take part - which is disputed by the singer.

Keith said: ''Mick took the longest to come along. He was there with it, but it was always 'Give me another reason.' I know Charlie [Watts] didn't need persuading. He just wanted to make sure Mick wanted to do it.''

Mick said: ''It wasn't really a debate. I originally said, 'We can do anything. We can do one club show, if you want.' But I always imagined it was going to be brief.''