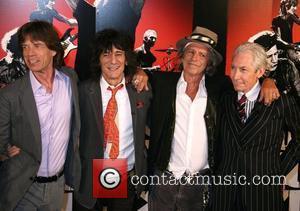 THE Rolling Stones star Keith Richards only gave up cocaine after suffering a head injury when he famously fell out of a tree in Fiji in 2006.
The legendary guitarist was famed for his wild drug-taking exploits throughout the band's long career and admits he only gave up his drug of choice two years ago.
The 64-year-old hellraiser underwent cranial surgery after the accident and admits the injury meant he had to put an end to his cocaine habit for good.
He says, "I've found myself sleeping better since the bang on the head. I had to give up the bump (cocaine). How do you stay up for so many days?
"By the time that happened, it was really just once after meals anyway. Thank God I've got a reason to give it up!"