REVIEW: What do we think of new Rolling Stones track 'One More Shot'? 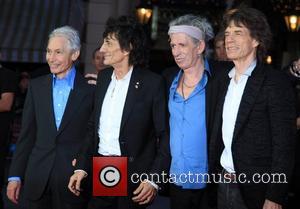 Does anyone really want to hear Mick Jagger doing sex talk at females aged 69? Quite a few apparently, given how quickly the Rolling Stones extortionate 50th anniversary concerts in New Jersey and London sold out for the end of this month. The London band release yet another greatest hits on Monday in the form of Grrr!, and the big news off that is that new track ‘One More Shot’ has been put up on the band’s official Youtube channel.

So what does it sound like? Like the Rolling Stones really, albeit with the cracked, knackered voice of Jagger over the top of it. Jagger has a message for his baby which has him “doing something he thought he never would do”. What could this be, we wonder? A trip to the moon? Working a night shift at Subway? Turns out it’s just asking the object of his desires to give him another shot and, hey, hopefully she’ll make her mind up soon because he isn’t getting any younger.

There’s not really any point comparing ‘One More Shot’ to the snarling youths that the Stones once were; the song rattles along pleasantly but with all the potency of a rubber hammer trying to knock down the Great Wall of China. Or are we being harsh? Listen below and tell us what you think: