Love In Vain: Fans Forced to Cough Up $561 For Rolling Stones Tickets 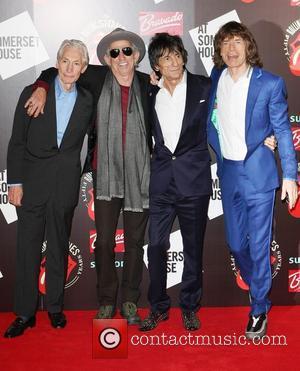 Their stones probably don't roll as much as they used to back in the summer of love, but Mick Jagger, Keith Richards, Charlie Watt and Ronnie Wood certainly still know how to screw their fans. Delight has turned to dismay today (October 15, 2012) after The Rolling Stones announced that they'd be playing their first live shows for five years this winter, and then revealed exactly how much it would cost the public to see them.

Ticketmaster is showing prices ranging from $170 to a quite frankly offensive $651 for the band's two just-announced gigs at the O2 Arena in London on November 25th and 29th, making those that grumbled at paying up to $112 for people like Radiohead earlier in the year probably feel like they've got an absolute steal. Given that museums are normally free in the UK, people may be stunned to find themselves parting with such an amount to see these relics of a bygone age, the jingle of coins in the band's pockets possibly now the only thing that will be capable of drowning out the loud creaking in their joints as they grimace and limp about the O2 Arena come November.

The shows go on sale on October 19th and are being performed to mark the band's 50th anniversary in the music business. How disgusting then, that the same industry that gave them a chance in 1962, is now so untrusting of its new bands to build a career that its reliance on the nostalgia dollar results in prices like these.