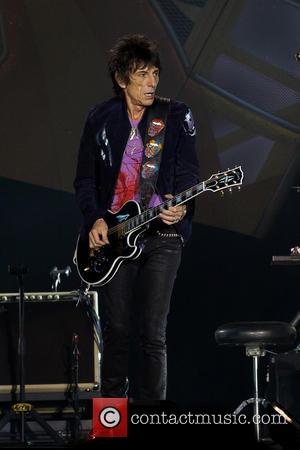 Picture: The Rolling Stones performing live on stage on their '14 ON FIRE' tour at the Tele2 Arena - Stockholm, Sweden - Tuesday 1st July 2014

Rolling Stones rocker Keith Richards is planning to return to Fiji next month (Oct14) for the first time since his near-death accident there in 2006.

The veteran musician fell from a tree in the tropical destination and suffered a severe head injury. He was flown to New Zealand where he underwent emergency brain surgery, and the band put its A Bigger Bang tour on hold while he recovered.

Richards is due back in Australia in October (14) to restart the Down Under leg of the Rolling Stones' latest tour which was postponed following the death of Sir Mick Jagger's girlfriend L'Wren Scott earlier this year (14).

The guitarist is planning to fly to Australia via Fiji and return to the scene of his accident.

He tells the New Zealand Herald, "I figured it out, I'm going to go via Fiji, where I'm going to chop down the tree that I fell out of the last time I was there... and spend a few days getting rid of the jetlag, and then I can pop down to Australia. Because the jetlag is the hardest thing around trips like that. Everybody's waking up and tripping over each other and falling asleep in rehearsals."