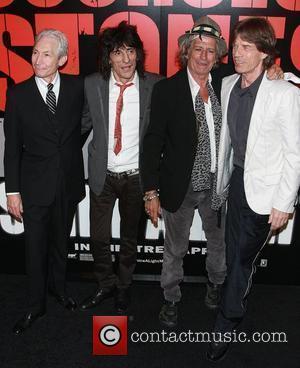 Rolling Stones star Mick Jagger seduced pal John Phillips' teenage daughter MACKENZIE while the MAMAS & THE PAPAS star was making him a tuna sandwich.
The California Dreamin' singer had left the rocker alone with his 18-year-old daughter in Jagger's apartment while he went out to get some mayonnaise and when he returned, he found the door had been locked and he realised the Brit was having sex with his girl.
MACkenzie recalls, "My dad walks out (of the apartment), Mick turns around, locks the door, looks at me and he says, 'I've been waiting for this since you were 10 years old...' and he seduced me.
"My dad comes back and (says), 'That's my daughter in there, let her out,' and we just ignored him."
She adds, "It's a dubious distinction, having had sex with Mick Jagger."
Phillips' father eventually gave up trying to break down Jagger's apartment door and simply called the following morning to make sure his daughter was OK.
She says, "He says, 'Was he nice to you? Are you OK?' and I said, 'Mick just brought a tray of tea and toast and strawberries and Marmite. We're fine. I'll talk to you later.'"