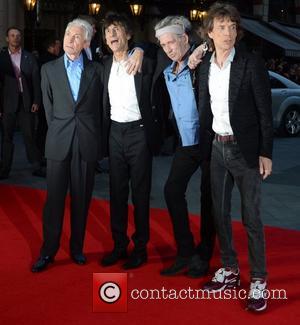 A slew of New York natives, as well as plenty of Brits performed at last night’s 12-12-12 benefit concert for victims of Hurricane Sandy, which ripped through the city in October.

Bruce Springsteen, a Jersey man himself, took the stage first with Land of Hope and Dreams followed by the evocative Wrecking Ball and the very aptly themed My City in Ruins, all of which was meant to address the rebuilding process and the NY spirit. The musician spoke fondly of his native New Jersey, mentioning its inclusiveness. “I pray that this chraracteristic remains the same” Springsteen went on to say, before going into Born to Run, for which he was joined on stage by Jon Bon Jovi, another Jersey resident.

The concert was definitely geared towards classic rock fans – a smart marketing decision, since this is also the demographic with the highest disposable income. Besides a number of to-the-bone New Yorkers, like Jon Stewart, Adam Sandler and Alicia Keys, it also featured an unexpectedly high number of appearances by British musicians – The Who and Sir Paul McCartney among others. The ex-Beatle joined the surviving members of Nirvana onstage for a cover of Smells Like Teen Spirit.

One of the highlights of the night was a performance by The Rolling Stones, who were confirmed to be in the lineup just five days prior. Despite their performance being cut down to just two songs, Mick Jagger managed to spark some mild controversy. In between tracks, the singer commented “This has got to be the largest collection of old English musicians ever assembled in Madison Square Garden. If it rains in London, you’ve got to come in and help us, ok?” which, CBS reports, had many audience members tweeting with righteous indignation.