Boys Are Back In Town: Bill Wyman, Mick Taylor To Re-Join The Rolling Stones (Sort of) 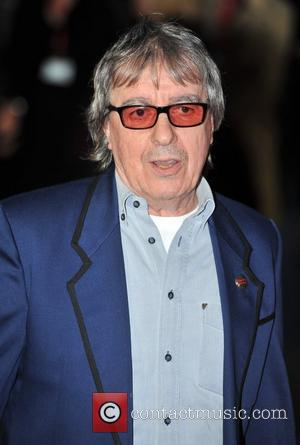 Former Rolling Stones bassist Bill Wyman, 75, and guitarist Mick Taylor, 63, will re-join the band on-stage at their forthcoming London shows. The pair will play with the band for the first time in over 20 years at the O2 Arena next Sunday and again the following Thursday, reports NME.com.

The pair stood side-by-side with Jagger, Richards and the gang at the world premiere of Crossfire Hurricane, though fans assumed it was a mere nostalgic touch in promotion of the new film. However, it has been confirmed that both guitarists will perform with the Stones "as special guests," which probably means the reunion will last a couple songs and not the entire set. Wyman split from the band in 1990, while Taylor played with the Stones from 1969 to 1974. Both London dates sold out in a matter of minutes, though there was some consternation among fans with regards to the ticket prices. Costing up to £375, many fans were priced out of the market for the tickets, though the band played a club show in Paris priced at just £12.

The London shows - together with gigs in New Jersey and New York - coincides with the release of the band's new greatest hits album Grrr! which includes two new tracks, including current single 'Doom and Gloom'.

Watch the video for Doom and Gloom below, featuring actress Noomi Rapace: