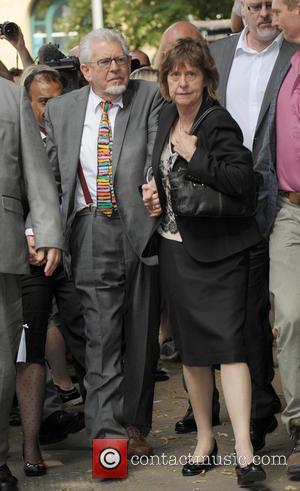 Disgraced entertainer Rolf Harris has been jailed for almost six years for indecently assaulting girls as young as seven.

The Australian singer/artist was last month (Jun14) convicted of molesting four young girls between 1968 and 1986, when they were aged between seven and 19.

He was found guilty of 12 indecent assault charges, and a judge at London's Southwark Crown Court sentenced Harris to five years and nine months on Friday (04Jul14).

He will also have to pay court costs and faces compensation claims from his victims.

Harris had denied the charges, telling a court the women had made up the attacks. He admitted having sexual relations with a friend of his daughter but denied she was just 13 years old when it began.

On Friday, the court also heard Harris had been charged with four counts of making indecent images after child pornography was found on a computer following a search of his home. Prosecutors decided not to pursue those charges in the light of the indecent assault convictions.