Broadway Lights To Dim In Honour Of Roger Rees

The Lights Of Broadway Will Be Dimmed On Wednesday (15jul15) In Memory Of Late Actor Roger Rees. 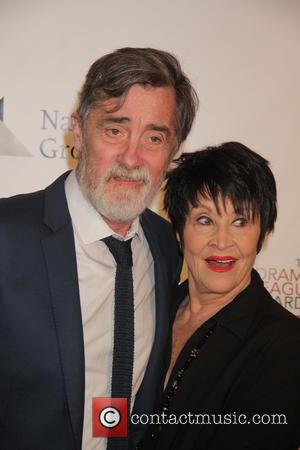 The 71-year-old Welsh actor died on 10 July (15), and now officials at the Broadway League have decided to salute him in traditional fashion on the Great White Way this week.

Charlotte St. Martin, president of the Broadway League, praised Rees' dedication to the theatre in a statement which reads: "We are so fortunate that Roger Rees has graced our stages through the years and inspired us with his brilliant talent. In addition to his acting and directing accomplishments, his generous heart and warm, giving spirit will be greatly missed by his family, friends and fans."

Rees performed in 10 Broadway productions since making his debut in 1974, and he was working up until his death, starring alongside Chita Rivera in Kander & Ebb's The Visit. However, in May (15), the show's producers announced he would be leaving the production to undergo an undisclosed treatment for a medical condition.

Rees won the Tony Award for Best Actor in a Play for The Life and Adventures of Nicholas Nickleby in 1982, and he was nominated for his work in the play Indiscretions and for co-directing 2012 hit Peter and the Starcatcher.

Roger Rees To Be Posthumously Inducted To Theater Hall Of Fame

Broadway Lights To Dim In Honour Of Roger Rees