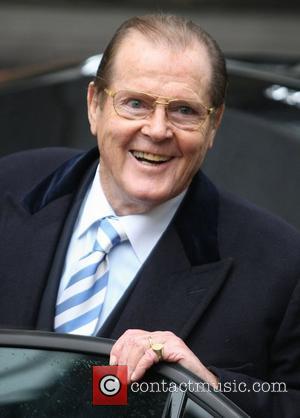 Sir Roger Moore, Mia Farrow and Tom Hiddleston are among the stars who have taken up Ewan McGregor's call for action to help save the lives of Syrian children.

The Trainspotting star filmed a poignant new public service announcement (Psa), which was broadcast in the U.K. last month (Jan13), on behalf of the United Nations Children's Fund (Unicef) to appeal for cash to save millions of child refugees from freezing, squalid conditions in the Asian nation.

The appeal is now being championed by several other high-profile Unicef Ambassadors who have shared their own support messages on social networking sites, including Sir Roger, Farrow, Hiddleston, singer Robbie Williams, actor Martin Sheen and comedian Eddie Izzard.

David Bull, Unicef U.K.'s executive director, said, "The volume of text response on the first day of this televised appeal has been greater than any other 60 second appeal in Unicef U.K. history and reflects both the horror of the situation faced by Syrian children and the strong desire of the people in Britain to help...

"With the number of children arriving in refugee camps growing each day the situation is dire, but every pound raised makes a real difference and we are very grateful to Ewan for his support and the British people for their generosity."

Millions of families in Syria have fled their homes to escape the ongoing civil war which was sparked by the 'Arab Spring' uprising against President Bashar al-Assad.