The actor leaves behind his wife and three adult children.

Best known for being the third actor to play British secret agent James Bond across seven feature films between 1973 and 1985, Sir Roger Moore is a household name to the majority of people in the United Kingdom and beyond. Today (May 23) however, his three children have announced that their father has died following a short battle with cancer.

The actor's children shared the news on his official social media channels, in a statement which read: "It is with a heavy heart that we must announce our loving father, Sir Roger Moore, has passed away today in Switzerland after a short but brave battle with cancer. The love with which he was surrounded in his final days was so great it cannot be quantified in words alone."

They went on to acknowledge the love that fans worldwide had for their father, who had such an "affection" whenever he "walked on to a stage or in front of a camera", that it "kept him busy working into his 90th year, thorugh to his last appearance in November 2016 on stage at London's Royal Festival Hall."

Signing off on the statement, Deborah, Geoffrey and Christian wrote: "Thank you Pops for being you, and for being so very special to so many people. 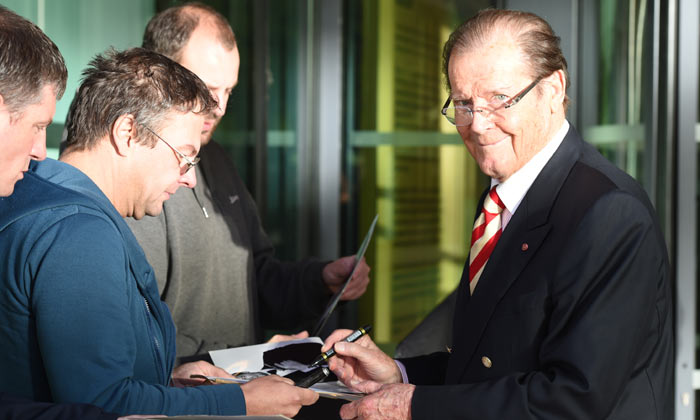 Ever the gent, Sir Roger Moore stops to sign autographs outside The BBC in 2015

They also noted that, following their father's wishes, there would be a private funeral held in Monaco.

Following his work on the Bond movies, Moore took a break from the screen for five years, but returned in 1990 to appear in a selection of films as well as Michael Feeney Callan's television series 'My Riviera'. More recently, in 2009, the actor appeared in a Post Office advertisement and played the role of a secret agent in late comedienne Victoria Wood's BBC One Christmas Special.

Sir Roger Moore leaves behind his wife Kirstina Tholstrup, as well as his three adult children. 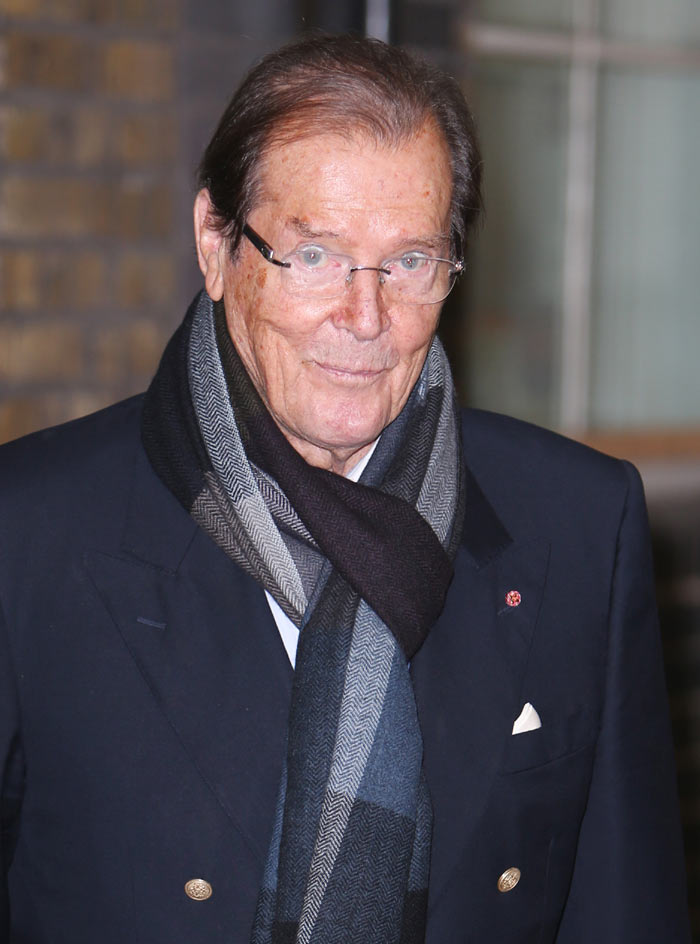 Sir Roger was always seen with a smile on his face