Christina 'Flossie' Knudsen lost her battle with cancer at just 47.

James Bond veteran Sir Roger Moore is today mourning the tragic death of his stepdaughter Christina 'Flossie' Knudsen, who passed away this week at the age of just 47-year-old after suffering with cancer for a time. He shared the news on social media, describing how she died surrounded by her loved ones. 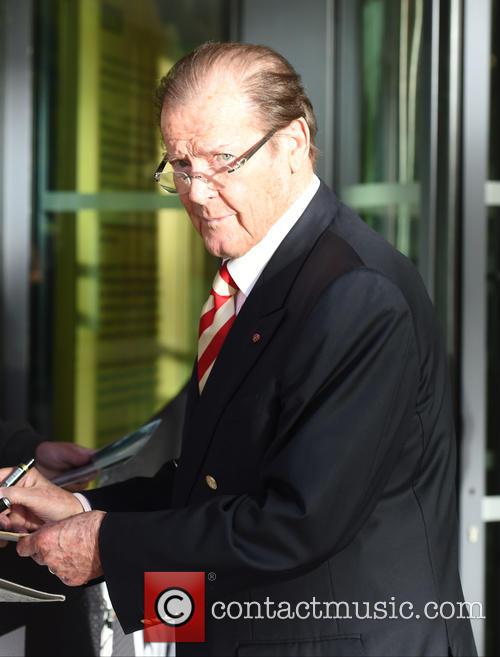 The 88-year-old mega-star took to Twitter to reveal that his step-daughter succumbed to cancer at 10am yesterday morning (July 25th 2016), revealing that he is 'heartbroken' from the loss. Christina Knudsen, known to her friends and family as 'Flossie', is the daughter of Moore's fourth and current wife Kiki Tholstrup whom he married in 2002.

'Our beautiful daughter Christina (aka Flossie) lost her battle with cancer 25 July at 10am. We are heartbroken', he wrote on Twitter, alongside two photos of the beautiful individual. 'We were all with her, surrounding her with love, at the end.'

Our beautiful daughter Christina (aka Flossie) lost her battle with cancer 25 July at 10am. We are heartbroken. pic.twitter.com/x0AQui2F8m

Christina's real father was a businessman named Hans Christian Knudsen, though he died after committing suicide when she was just 6-years-old. She also lost her stepfather Ole Tholstrup, Kik's previous husband, when she was in her twenties after a long struggle with alcoholism.

But Christina's life was not always tainted by tragedy. She was married to an investment banker named Nikolaj Albinus at one point, before going on to spend four years with Skype co-founder Janis Friis. It's unclear when Christina was first diagnosed with cancer and, indeed, what type she was living with.

A number of Roger Moore's friends and fans have reached out on Twitter to express their condolences, including Joan Collins who wrote: 'I am so sad for Kristina and Roger Moore's loss of their lovely daughter Christina.' Meanwhile, David Walliams re-Tweeted Moore's post, while 'Emmerdale' star John Bowe replied to Moore's post with: 'So sorry, Sir. Sincere condolences. J.'