Sir Roger Moore Has Laughed Off Reports Suggesting Five Former James Bond Stars Are In Talks To Unite For An Ensemble Action Movie. 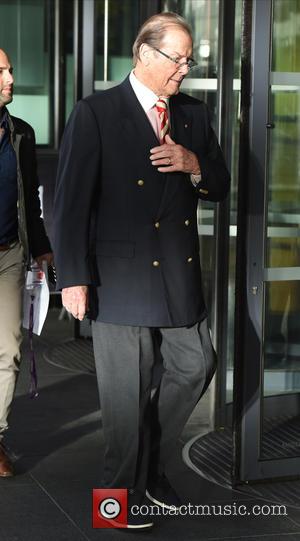 The star, 87, was rumoured to be teaming up with his longtime friend Sir Sean Connery, 85, as well as fellow former 007s George Lazenby, 76, Timothy Dalton, 71 and 62-year-old Pierce Brosnan for a new film project.

However, the actor is adamant the story is not true, telling British TV show BBC Breakfast, "There's no truth whatsoever (to the rumours)."

Moore goes on to reveal late director Andrew V. MCLaglen once tried to bring him together with Connery to make a movie with Sir Michael Caine, but the Scottish star was unhappy about working with another former Bond.

Moore adds, "Andrew MCLaglen... He wanted Sean and Michael Caine and myself to do (a movie together)... But Sean didn't want to work with me... Not because we don't like one anther, we're friends, but because there is too much association. Two old Bonds together... (He's) not that mad about Bond..."