One fan recalled his two meetings with the late James Bond star.

The death of such an iconic actor as Roger Moore is always a tragedy, but he certainly left the world a lot of happy memories with his portrayal of James Bond. But there is one person in the world who perhaps has the greatest memory of Roger Moore in action. 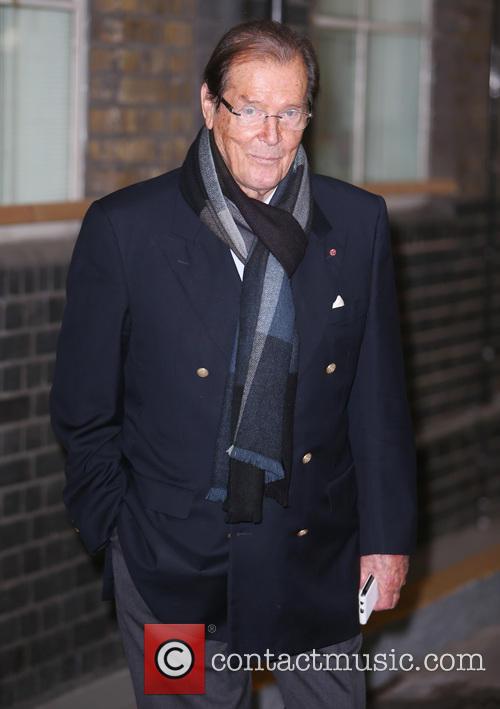 When London writer Marc Haynes met the 'Live and Let Die' star in 1983 at the age of just 7-years-old, he had no idea how significant a moment it would be. He was with his grandfather in Nice airport when he spotted the actor reading a newspaper at the departure gate.

'I told my granddad I'd just seen James Bond and asked if we could go over so I could get his autograph', he explained in a post on Facebook this week. 'My grandad had no idea who James Bond or Roger Moore were, so we walked over and he popped me in front of Roger Moore, with the words 'My grandson says you're famous. Can you sign this?''

Needless to say, Roger was 'as charming as you'd expect' and promptly scribbled his name on an old plane ticket for young Mr. Haynes. The only problem was, when the 'ecstatic' boy examined the signature afterwards, he didn't recognise the name 'Roger Moore'.

'I have absolutely no idea who that is, and my hearts sinks', Marc recalls. 'I tell my grandad he's signed it wrong, that he's put someone else's name - so my grandad heads back to Roger Moore, holding the ticket which he's only just signed. I remember staying by our seats and my grandad saying 'He says you've signed the wrong name. He says your name is James Bond'.'

After that, the story only got better. Roger realised what happened and gestured 7-year-old Marc to come over to him. 'When I was by his knee, he leant over, looked from side to side, raised an eyebrow and in a hushed voice said to me, 'I have to sign my name as 'Roger Moore' because otherwise... Blofeld might find out I was here'', he said, referencing the Bond supervillain. 'He asked me not to tell anyone that I'd just seen James Bond, and he thanked me for keeping his secret.'

That was enough for Marc, who believed he was 'working with James Bond now'. And that was it for 23 years; you can imagine the moment the fan began to realise just how cool an encounter that was. It's a good enough story in itself... but that wasn't the end. He met Roger for a second time when he was doing some scriptwriting for a UNICEF project - a charity for which the actor is an ambassador.

'He was completely lovely and while the cameramen were setting up, I told him in passing the story of when I met him in Nice Airport', Marc continues. 'He was happy to hear it, and he had a chuckle and said 'Well, I don't remember but I'm glad you got to meet James Bond'.'

Then came the 'brilliant' part. 'After the filming, he walked past me in the corridor, heading out to his car', he says. 'But as he got level, he paused, looked both ways, raised an eyebrow and in a hushed voice said, 'Of course I remember our meeting in Nice. But I didn't say anything in there, because those cameramen - any one of them could be working for Blofeld'.'

More: Roger Moore has died at 89

The award for the greatest Roger Moore anecdote of all time goes to: Marc Haynes.