Roger Daltrey Oasis The Who Yungblud

Roger Daltrey has pleaded with Oasis to patch things up and get back on stage. 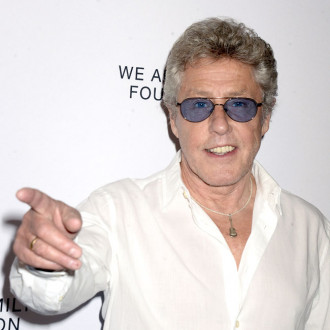 Roger Daltrey wishes Oasis would "just get back together".

The Who frontman has spoken highly of the iconic Britpop group's former frontman Liam Gallagher but wishes he and his estranged brother, Noel, their ex-guitarist, would sort out their differences and get the 'Some Might Say' rockers back together.

Speaking to Yungblud for Rolling Stone, he said: "He’s just got an edge, and I wish [Oasis] would just get back together.

“Liam, though, has really carved out a niche for himself now, and I love him. I think he’s fabulous. He’s totally honest. He’s not frightened of saying how he feels. Very similar to you [Yungblud]. You remind me of him a bit.”

Oasis split in 2009 following a backstage bust-up between the rival siblings, and all hopes of a reunion have been dashed.

Despite Liam previously begging Noel repeatedly to get back on stage with him, he accepts that's never going to happen.

His brother, on the other hand, admitted last week he thinks there’s “no point” to an Oasis reunion.

The 55-year-old rocker says the band sells “as many records now” as they did during their 90s heyday.

While appearing on the ‘Pub Talk’ podcast, Noel was asked if they would ever reform, prompting him to quip: “Er, would you go on holiday with your ex-missus?”

He went on: “As funny as this sounds. Oasis sell as many records now per year as we did when we were together. We’re as popular now in the eyes of the people as we ever were. And I’m happy with it."

The musician insisted everyone is thriving - including Liam, who sold out two nights at Knebworth this summer after their iconic 1996 shows - since they left the group behind.

Noel added: “If we got back together there would be a circus – and there’s no point. Just leave it as it is. I’m happy. He’s [Liam Gallagher] doing his thing. He’s still selling out Knebworth. It’s like, mate, good luck to you, do you know what I mean?”