Roger Daltrey Considered Re-teaming With Russell Before His Death

Roger Daltrey The Who Ken Russell 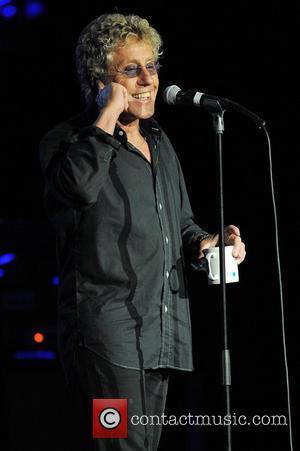 Picture: Roger Daltrey performs The Who Classic Tommy at the opening night of the North American Tour at the Seminole Hard Rock Hotel and Casinos' Hard...

The Who rocker Roger Daltrey has paid tribute to his Tommy director Ken Russell, revealing they re-teamed to discuss a new project just weeks before his death.
The 84-year-old filmmaker, who directed Daltrey in the band's 1975 rock opera, passed away in hospital following a series of strokes over the weekend (27Nov11).
Daltrey has written a tribute article in honour of his late friend for Britain's Daily Express and in the piece, the musician reveals they were considering working together again on a project based on Alice In Wonderland's Mad Hatter.
He writes, "He was tremendous fun to work with because he was so imaginative and always willing to listen to a good idea... He was still thinking about work right until the very end.
"Only a few weeks ago we were happily discussing the prospect of me playing the Mad Hatter in Hawaii next spring. His contribution to the visual art of cinema and TV was enormous. Love him or hate him, you could never accuse him of being boring. One of Britain's greats, he should have been honoured by his country. Sadly now it's too late."
Other stars have also come forward to pay their respects including Daltrey's The Who bandmate Pete Townshend, who simply states, "Ken was a joy," while Duran Duran frontman Simon LeBon adds on Twitter.com, "Thinking about Ken Russell's brilliant, f**ked up, music loving, religion poking, sex monkey take on this life. He's still with me."
Former supermodel Twiggy, who was given her big acting break by Russell in 1971 film The Boy Friend, says, "He changed my life. He took me from being a model and gave me the chance to perform. People like (Steven) Spielberg and George Lucas, great American directors, will all say they became directors because of Ken Russell - he changed cinema."