By Andy Peterson in Music Reviews on 04 September 2014

It's perhaps no surprise that in reviewing '9 Dead Alive', Ultimate Guitar Archive gives the Mexican duo Rodrigo Sanchez and Gabriel Quintero's first release in five years a glowing 9.7 out of 10. This is the kind of record, after all, that will have technicians positively weeping at the pair's virtuosity; UGA probably has all the tabs for erstwhile Flamenco buffs to try this at home, but it's likely that they'll end up with bleeding fingers and a splitting headache. 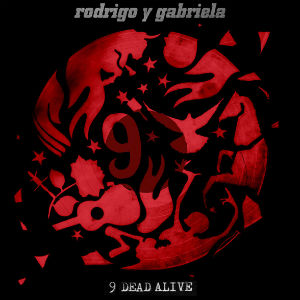 Rodrigo y Gabriela's back story is an interesting one, taking them from playing heavy metal in their home country to busking on the pavements of Dublin before doing a turn in front of Barack Obama. If that's unorthodox then (for them) '9 Dead Alive' is not, following a groove in which they've managed to carve out a president enticing niche, making them fairly big in Belgium as a result. Each of the tracks is themed around a person from the twentieth century (example - opener 'The Soundmaker' is dedicated/inspired by Antonio De Torres Jurado, the father of the modern acoustic guitar) although any references to them are, as you would imagine, on record consisting entirely of instrumentals, highly oblique.

In the wrong hands, this concept could end up being rendered as lift music, but Sanchez and Quintero are experienced enough to know how to blend the intricate traditional shades of this type of music with a powerfully sensual undercurrent. Only on 'Megalopolis' is the listener handed something which could be regarded as genuinely picturesque and delicate, whilst 'Somnium' by contrast bursts with pent up energy and a riffing mid-section that could, if electrified, almost pass for prog metal.

By Kris Lavin in Music Reviews on 06 September 2011

I've been playing the guitar for nearly ten years now. When I started out, I was awful, but I put up with it for a few years until I was at a passable standard, and now I consider myself to be fairly good. Well, I mean, I can play more than chords and stuff. But, every now and then, I come across people like Rodrigo y Gabriela, and it makes me feel like a complete beginner again.

By Conrad Hughes in Music Reviews on 21 September 2009 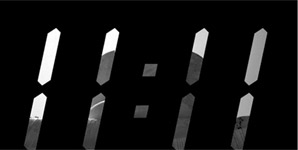 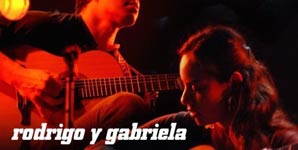