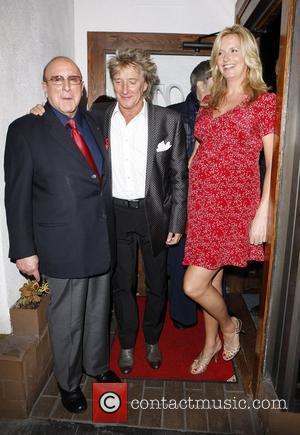 Rod Stewart was terrified of speaking to his former girlfriend, Absolutely Fabulous star Joanna Lumley, because he feared she'd mock his accent.
The Da Ya Think I'm Sexy? rocker dated the actress in the early 1970s and admits he was intimidated by her upper-class upbringing and tried to conceal his own roots by keeping quiet.
He tells British broadcaster Piers Morgan, "She was a wonderful woman. She was so upper-crust and I was actually scared to talk because Joanna talked awfully wonderfully. And I was actually scared to speak to Joanna because I was a North Londoner. But she was wonderful, bless her."
And Stewart admits he regrets breaking up with Lumley so he could chase other girls, adding: "It's horrible. The only way I can defend myself is I was going through the cards. You know, just trying to find the right woman."