Stewart & Nicks To Tour Together 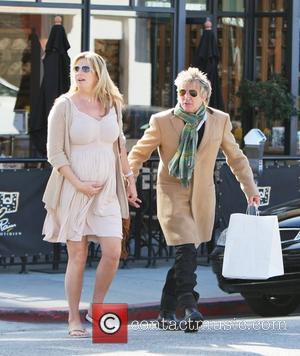 Rock veterans Rod Stewart and Stevie Nicks are teaming up to tour together.
The two stars appeared on the Ellen DeGeneres Show in America on Thursday (13Jan11) to announce the Heart & Soul tour and Nicks revealed the British hitmaker was one of the icons of rock when she started out in Fleetwood MAC - and she wanted to emulate his flamboyant style.
She explained, "Rod Stewart was a huge rock 'n' roll star before (Fleetwood MAC bandmate and ex-lover) Lindsey (Buckingham) and I even moved to Los Angeles... He was incredibly inspiring to both of us."
Nicks also revealed she learned to ski to Stewart's anthem Do Ya Think I'm Sexy.
She recalled, "I listened to Do Ya Think I'm Sexy every single day for five hours."