Rod Stewart's son Alistair is to be taught via videolink by teachers at an Essex school, while he is based in Las Vegas for the first three months of the singer two-year residency at Caesar's Palace hotel and casino. 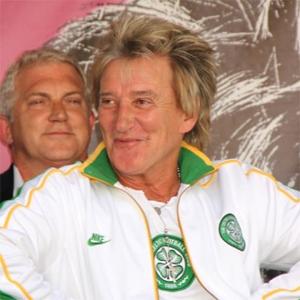 Rod Stewart's son Alistair is to start school in Essex via videolink.

The 66-year-old singer is keen for the five year old, his son with wife Penny Lancaster-Stewart, to have a British education even though he is about to embark on a two-year concert residency at Las Vegas' Caesar's Palace hotel and casino.

So Alistair will become one of the first pupils to trial a new internet-based distance learning system at the £2,335-a-year Coopersale Hall School in Epping, Essex.

Despite being based 5,000 miles away with his parents and six-month-old brother Aiden, Alistair will be able to sit in on lessons at the educational establishment, download class work, discuss it with a teacher and have it marked.

Headteacher Matthew Hagger told The Sun newspaper: "We have a wide mix of children and sometimes pupils have to be away for a couple of weeks over term time. This system sits well with their time and needs."

The family will return to the UK - where they have a house near the school - in three months when the 'Maggie May' hitmaker finishes his first three-month concert run, and Alistair is then expected to attend Coopersale Hall on a full-time basis.

Rod - who has eight children with five different women - became a grandfather for the first time after his daughter Kimberly, 32, gave birth to baby daughter Delilah, her child with actor Benicio Del Toro, last Sunday (21.08.11).

He said in a statement: "My joy is indescribable."