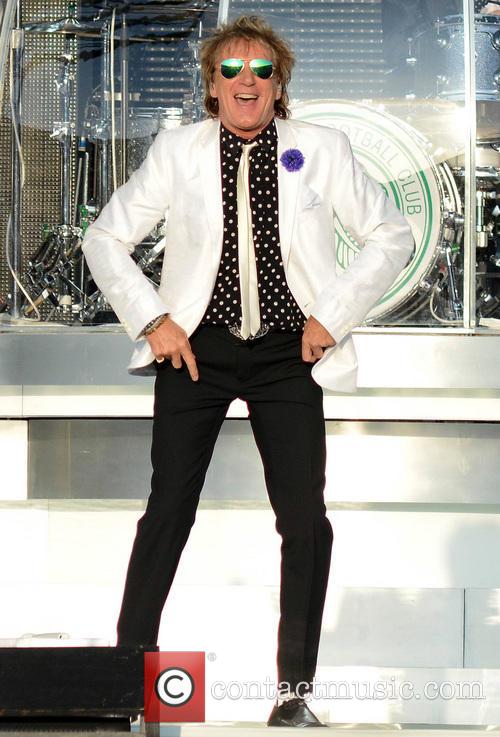 Rod Stewart: Clearly Still Got It But Is He Still With It?

There was a tinge of wistful nostalgia to the 68 year-old's words however - he didn't seem to be hitting out at guys who like to dress down - rather he was reminiscing for those rose-tinted 'good old days': "I hate the way men dress today. At the theatre it's all anoraks and shorts. You can even get into most restaurants without wearing trousers. I used to love dressing for dinner." He spoke of the plight of so many women to get their boyfriends to dress up, saying "You go to dinner and see beautifully dressed women with men like tramps wearing trainers, jeans and T-shirts." 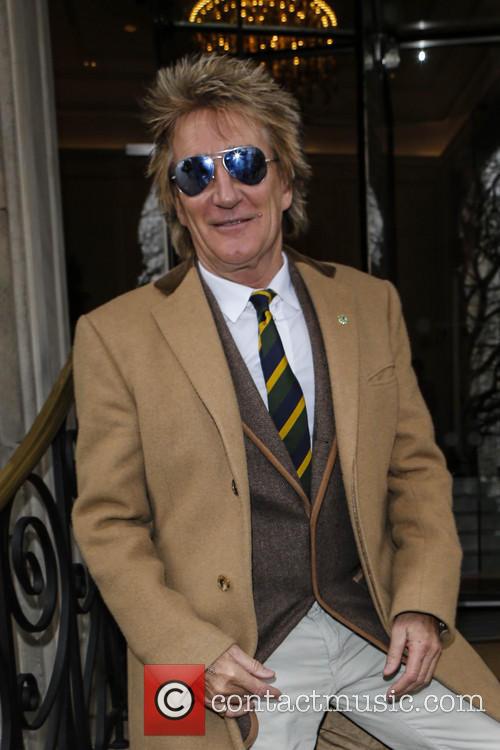 Showing Them Youngsters How It's Done: A Smart Rod Stewart Still Able To Make Women Swoon.

Regardless of the fact Stewart has donned notorious fashion abominations himself, including a tiger-print onesie and some shiny black leggings (thank God with no whale-tail), the crusty crooner still takes issue with modern 'style,' offering a template line to any girl feeling aggrieved by her guy's wardrobe choice: "If I was a woman I'd say: 'Are you taking me out looking like that, toerag?'" The star, who claims to be "not bothered" about not yet following the path of fellow performers Mick Jagger and Tom Jones and being knighted, has also described the way he deals with his eight childrens' wild phases: "They're doing well and have gone through their wild phases. They say, 'Dad, you did it', and you have to face up to that. All I can offer is a wee bit of advice." Sage words indeed, Rod, keep 'em coming.