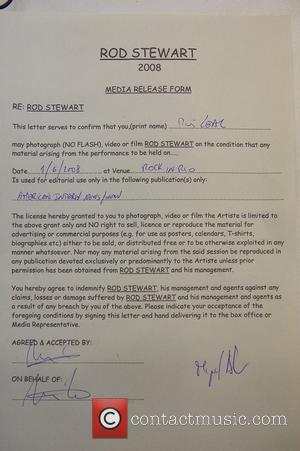 Veteran singer Rod Stewart claims he and other wrinkly rockers are too old to make successful new music. Stewart has reinvented himself re-recording classic tracks for his THE GREAT AMERICAN SONGBOOK albums, to great critical and commercial success. But he blames age on the failure of contemporaries SIR Elton John and SIR Mick Jagger to top the charts with new tracks. He says, "They're not new any more. When you've been around the block so many times it's hard to come up with something different."