Rod Stewart, T.I. and Cee Lo Green to Hit The Voice In May

May will see some big-hitters display their voices

It’s not just wannabe talents performing on The Voice, you know, bona fide singers hit the stage too. Next up, in May, arrive Rod Steward, T.I and Cee Lo Green to show the contestants how it’s done. Lady Antebellum, Robin Thicke and Pharrell Williams will also perform in May.

Green has been a part of The Voice for a while now, having coached on it for the first three seasons. He’s just finished his stint in the desert, performing in Loberace in Las Vegas, and will hit the crowd with Only You from his forthcoming new solo album Girl Power, set for a late 2013 release. Stewart and Green will perform on the May 8 episode, while Grammy-winning country-pop trio Lady Antebellum will promote their forthcoming album "Golden" on the May 14 episode. Pharrell Williams and rapper T.I. will all perform on the May 14 episode. Rod Stewart has been rumoured to judge on a number of talent shows, so his proximity to the show might fuel those rumours even more.

Stewart has been hanging out with teen pop starlet Harry Styles recently. Probably not through choice, though - the one direction star was getting close and friendly with his daughter, Kimberly Stewart, 33. The pair even spent the night together and Styles was seen buying coffee for all three of them the next morning. 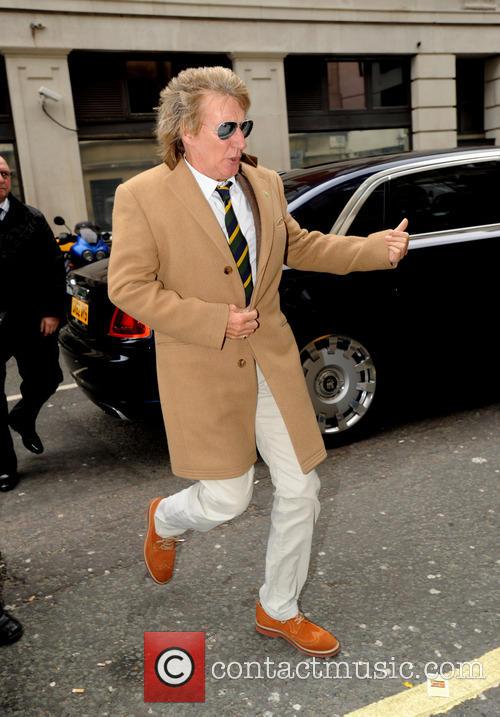 Rod Stewart will be doing this on stage for The Voice soon, just you wait