'Maggie May' hitmaker Rod Stewart is keen on releasing a book of poetry with Faces bandmate Ronnie Wood. 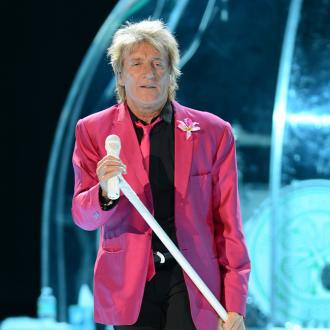 Rod Stewart wants to release a book of poetry with Ronnie Wood.

The 'Maggie May' hitmaker has always had a ''unique'' relationship with his Faces bandmate, to the extent they have their own language, and he would love for them to publish a ''hilarious'' literary project they previously worked on.

He said: ''It's a unique relationship. We have our own little language. Did he ever tell you about the book of poems and drawings we did when we were with Jeff Beck?

''It's his sketches and our poems and it's so funny. I can't even begin to describe it. It's just hilarious. I'd love for us to bring that out.''

Rod and Ronnie first became friends when they were members of the Jeff Beck group, and the 70-year-old singer thinks the group leader was jealous of their close relationship so didn't pay them well and left them without food.

He told Uncut magazine: ''I think what it was with Jeff - and I hope he takes this the right way and I'm sure he's changed now - he wasn't a good bandleader.

''He never looked after me and Ronnie. He may have just been a bit envious of Woody and my brotherly relationship. I think he fired Ronnie about three times and got him back again.

''There were some weeks where we weren't getting paid much. We would go days without food. Jimi Hendrix's girlfriend used to feed us.''