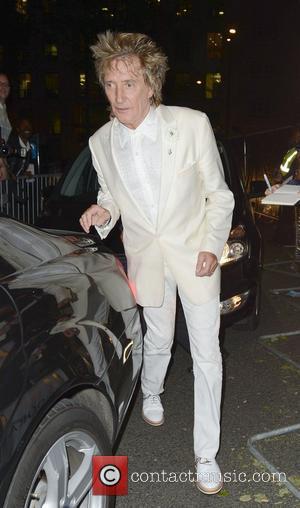 Rocker Rod Stewart has his sights set on the top of the Christmas (12) charts - he is collaborating with Canadian crooner Michael Buble for his first holiday album.
The veteran British star has recruited producer David Foster to work on the winter record and he's planning to hit the studio with Buble for one of three special duets for the project, according to the New York Post's Page Six column.
Stewart will be hoping to duplicate the Home singer's recent festive chart success - Buble's 2011 Christmas album became the second best-selling release of 2011 thanks to global sales of over six million. It spent five weeks at number one on the U.S. Billboard 200 and became the first holiday disc to win Canada's prestigious Juno Award for Album of the Year.