The rocker said his friend's retirement announcement was "dishonest"

International singing superstar, Elton John, thrilled and saddened fans in equal measure when he announced his retirement via a three year farewell tour but his friend and contemporary, Rod Stewart, has had an interesting reaction to the revelation - and said it stinks of selling tickets. 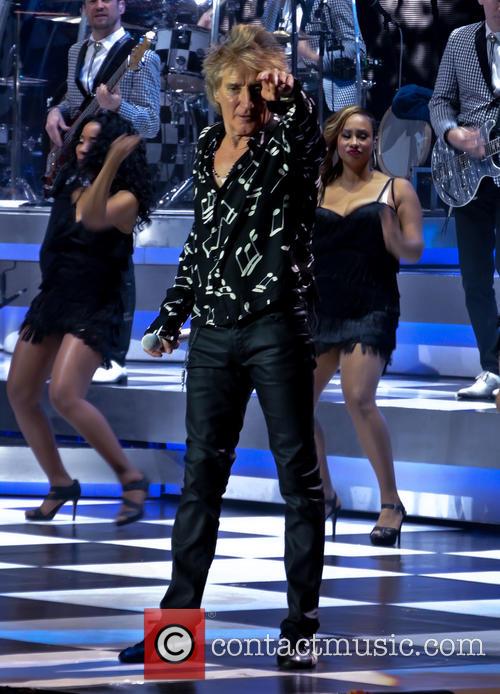 Rod Stewart has been critical of Elton John's retirement plans

The legendary Scottish rocker appeared on Watch What Happens Live with host Andy Cohen and Cyndi Lauper and revealed he had contacted Elton after the Tiny Dancer star provided fans with information on his 300-date Farewell Yellow Brick Road tour.

Rod, 73, who has a back catalogue of hits as big as Elton’s including Maggie May and Sailing, said: "I did email [Elton] and said: "What, again dear?"

"And I didn’t hear anything back... I don’t think this big deal of saying 'I’m going to retire' is good, it stinks of selling tickets."

After touching on Elton's retirement, he also vowed not to do the same himself as he insisted her would merely 'fade away' when he wanted to end his career.

Cyndi, who sets out on tour with Rod for 30 concerts in June, wasn't as against the notion as her colleague.

She said: "That’s not a bad idea, we could say, 'for the last time, retiring, then again we say, 'OK, maybe the second to last time we retire'."

But Rod was quick to shoot her down, saying: "It’s dishonest, it’s not rock and roll."

At an emotional New York press conference in January, John announced that he will retire from the road after a lengthy tour.