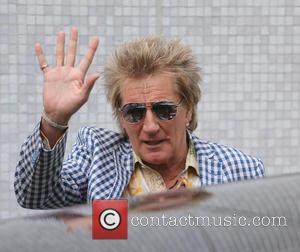 The pop superstar took on the might of one of the world's most powerful companies by writing an open letter criticising Apple Music for failing to offer artists royalty payments during a planned three-month free trial for subscribers of its new streaming service.

Apple chiefs subsequently backed down and granted Swift's request, and her actions have won her praise from industry veteran Stewart, who has applauded the singer's efforts to change the business.

He tells U.K. TV show Good Morning Britain, "I was knocked out with what Taylor Swift did... She spoke up and was very brave."

Stewart goes on to joke that Swift should turn her hand to sorting out other international crises, such as the bribery scandal currently rocking soccer's governing body FIFA and the economic problems in Greece, adding, "She should sort out FIFA... With the Greek situation last week she could sort out anything.... She's gorgeous."