While Stewart insisted he and his friends were re-enacting 'Game of Thrones', the video, filmed in a desert, looked unfortunately like an Isis-style execution.

Veteran rock star Sir Rod Stewart has apologised for the offence caused by his recent ‘Islamic State-style execution’ video filmed in a desert, claiming that he was actually re-creating a scene from ‘Game of Thrones’.

The 72 year old was seen in a since-removed video on his wife Penny Lancaster’s Instagram account pretending to slit the throat of a companion, who was positioned kneeling in front of him, on a sand dune in Abu Dhabi. He said that it was the result of him “larking about” with some of his friends, and didn’t realise that it would be “misinterpreted”. 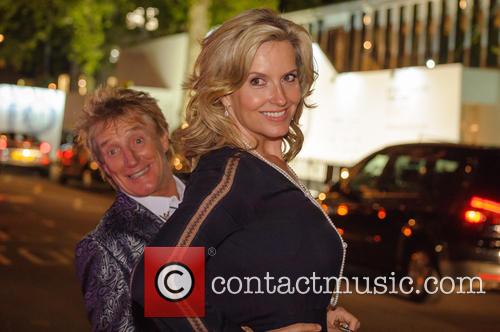 “From re-enacting the Beatles’ Abbey Road crossing to spontaneously playing out ‘Game of Thrones’, we were simply larking about pre-show,” Stewart said in an apology issued on Friday (March 3rd). “Understandably, this has been misinterpreted and I send my deepest apologies to those who have been offended.”

Stewart is thought to have filmed the clip while staying in Abu Dhabi when he played a recent concert there. He’s currently in the middle of a world tour, having played at the O2 Arena in London last weekend and with dates in the United States and Mexico coming up.

A flurry of grisly executions carried out by the notorious ‘Jihadi John’ – the name given to British-born extremist Mohammed Emwazi – drew global attention a little over a year ago when terrorist group Isis released high-definition footage of a number of savage deaths.