The rockstar will release his new record in October 2015.

After returning to the top of the charts with 'Time' in 2013, Rod Stewart has announced another new album to come this Autumn. 'Another Country' has been completed, and comes along with the lead single entitled 'Love Is' (a freebie with all pre-orders).

Rod Stewart returns with a brand new album, 'Another Country'

The rock icon announced on Twitter today that he had become 'a proud father to another... album', which will hit shelves this October. 'Another Country' has been co-produced by his frequent collaborator Kevin Savigar and comes just two years after his last release 'Time'; an album which saw him top the UK charts for the first time since 1976's 'A Night On The Town'. Now, not only is he back with new material, but also a newfound confidence.

'I've found that the only way to write songs is to be as personal and honest as possible', he says. 'And when my last album was so well-received it gave me the confidence to keep on writing, and to examine and write about different things. It also gave me the freedom to experiment with different sounds like reggae, ska and Celtic melodies.'

Among some of those 'experimental' tracks is first single 'Love Is'. A violin-laden tune with glorious harmonies and a definite folksy rhythm, 'Love Is' is a true summer anthem guaranteed to get you smiling; if not with the actual song, then with the performance video which sees Stewart and his backing musicians genuinely enjoying a session on the rooftop of the Capitol Records building in Hollywood.

Watch the video for 'Love Is' here:

The deluxe edition of the album also features the song 'In A Broken Dream'; a track recorded in 1968 by Python Lee Jackson, including the then uncredited vocals of Mr. Stewart before he made it big. The song made a resurgence recently when it was sampled into A$AP Rocky hit 'Everyday' featuring Miguel and Mark Ronson.

Stewart may have been inspired to include the track in the extended edition out of the nostalgia of recording at his home. 'It seems like I've spent years of my life in a recording studio so being able to record this album at home, where most of the songs were written, felt so much more intimate and inspiring', he admits.

'Another Country' will be released on October 23rd 2015 through Decca Records. 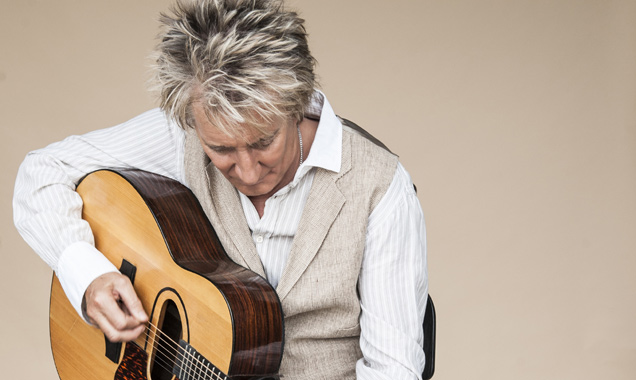 Check out the first single - 'Love Is'