Rod Stewart And Steve Winwood Teaming Up For Joint Tour 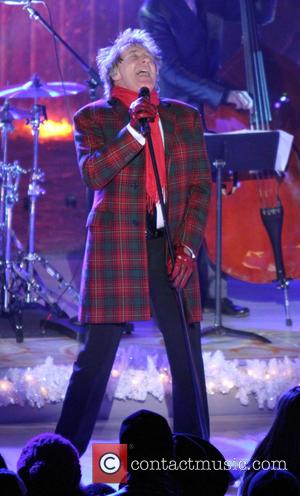 Rod Stewart is hitting the road with fellow rock veteran Steve Winwood for a joint tour next year (13).

The Do Ya Think I'm Sexy hitmaker confirmed the news during an appearance on U.S. morning show Live! With Kelly and Michael on Friday (30Nov12) after co-host Kelly Ripa raised the topic of the live shows, surprising Stewart.

He laughed, "People are not supposed to know that (yet) but I'm glad you told them! April, me and Stevie Winwood."

And Stewart is looking forward to the co-headlining trek for more than one reason: "(We last performed together in) the sixties, yeah, that's the last time Stevie and I saw each other, in fact, so I wouldn't say he's a close friend, but, as a musician, I've got the highest respect for him, he's truly part of the rock and roll tapestry, if you wish."

Winwood has just completed a U.S. tour and previously hit the road with Eric Clapton. Stewart is not new to joint tours either - in recent years he has teamed up with Stevie Nicks for a series of concerts.