The Saturdays singer and her infant daughter were involved in a minor collision this week, but the singer has since confirmed that she and her daughter are doing well.

The Saturdays songstress Rochelle Humes was involved in an unfortunate fender bender earlier this week, when someone rear-ended the back of her car whilst her infant daughter Alaia-Mai was also in the car. Despite an initial scare, most towards the welfare of young Alaia-Mai, the singer told her Twitter followers not to worry about her as she and her daughter are both fine.

Hey guys, just seen your tweets! Me and Alaia okay, someone drove into the back of us not very nice but could have been worse x

"Me and Alaia okay, someone drove into the back of us... Just worried about her! But all is fine now," Rochelle wrote on her Twitter, putting her fan's collective minds at ease. She didn't reveal who it was who rammed into the back of her, but told her husband's JLS band member Aston Merrygold that it was "someone that can't drive," after the boyband member tweeted her saying "@Rochellethesats you both best be ok!! Who did it?"

Rochelle married JLS star Marvin Humes back in July 2012 at the scenic Blenheim Palace in Woodstock, Oxfordshire and ten months later the singer gave birth to their first child. Alaia-Mai was born on 20 May 2013 and since then Rochelle has become almost a full-time mum as she attempts to spend as much time with her little one as possible.

The couple have also been venturing outside their usual comfort zone of radio-friendly pop music recently, as they recently landed the job of presenting This Morning. The married couple were drafted in to replace regualr hosts Holly Willoughby and Phil Scofield over the summer whilst the regular hosts were on holiday. Could the two be planning a career outside pop music for the near future? 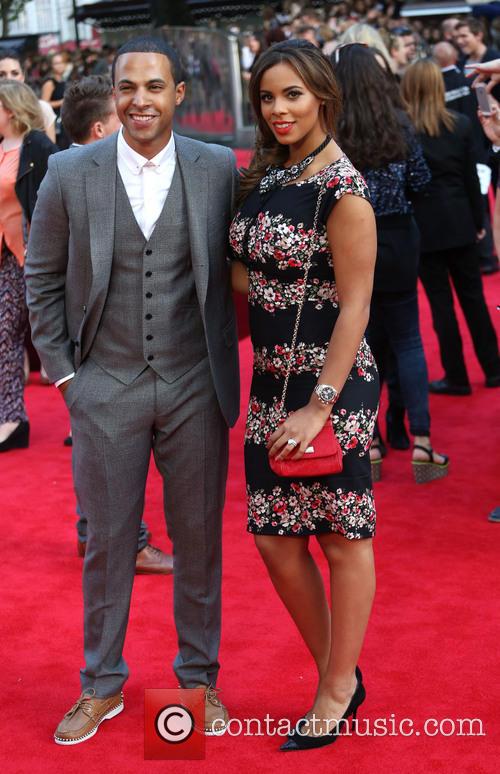 Marvin & Rochelle Humes could be the next Richard & Judy

Rochelle Humes loves the natural looks since leaving The Saturdays

Rochelle Humes 'lost it' as her daughter started school after lockdown

Rochelle Humes was 'convinced' she couldn't have a son