Ordinary Millionaire is a track from Robyn Hitchock and the Venus 3's new album Propellor Time. The album was recorded with R.E.M's Peter Buck, Scott McCaughey and Bill Rieflin, who are collectively known as The Venus 3. The track was co-written with The Smiths/Modest Mouse member Johnny Marr.

Robyn Hitchcock is a musician's musician, over the past three decades he's created an extensive and renowned collection of work that has established him as one of rock music's most valued and beloved icons. 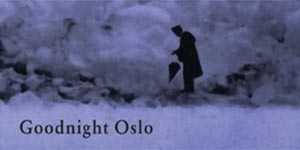