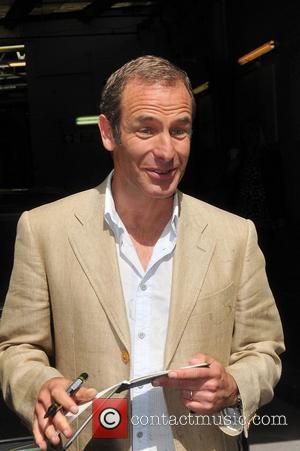 British singer/actor Robson Green has split from his ex-model wife after 10 years of marriage.
Green met Vanya Seager when she worked as an assistant for music mogul Simon Cowell, and they welcomed a son, Taylor, in 2000, before marrying the following year (01).
But the stars' hectic schedules have prompted them to part ways.
A statement to Britain's The Sun reads, "Sadly the marriage of Robson and Vanya has irretrievably broken down and they have now separated. Their priority is the welfare of their son, please respect their privacy."