Wright: 'Giant Was In So Much Pain On The Princess Bride Set' 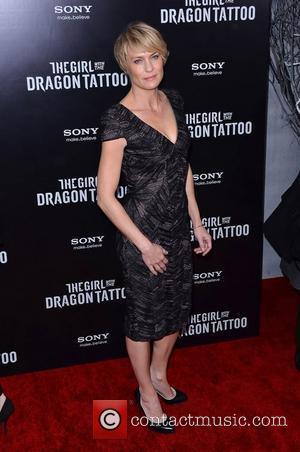 Actress Robin Wright has exploded a movie myth - late wrestling icon and movie star ANDRE THE GIANT was in so much pain during the making of cult 1987 film The Princess Bride he couldn't even carry the actress.
The Forrest Gump star had to be suspended from cables in scenes in which Andre, real name Andre Rene Roussimoffs, had to carry her - because the larger-than-life star couldn't lift her.
She recalls, "I had cables (because) his back was so bad and he was on so much pain med that he couldn't talk... He couldn't function very well."
That said, Wright has fond memories of working with Andre the Giant.
"He was such a sweetheart... He'd ingest small horses and a side of mashed potatoes and he would sort of wash it down with a case of wine and about six bottles of cognac.
"Then it was, 'OK, who is gonna vie for that position to carry him back to his room when he's drunk...' We all had to do it."