The ongoing row about equal pay in Hollywood has erupted again - this time from the female lead of the incredibly successful Netflix show, House of Cards: Robin Wright. The acclaimed actress - who plays vindictive First Lady Claire Underwood - has revealed she has recently discovered she is not on the same pay as her male co-star, Kevin Spacey. 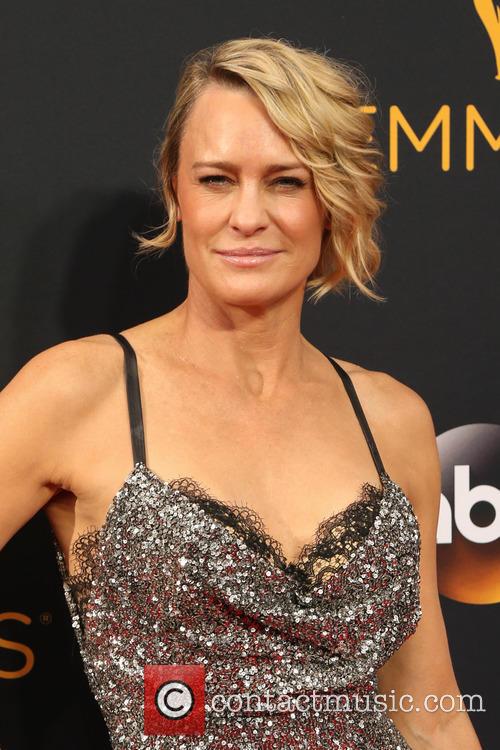 Speaking to NET-A-PORTER’s weekly digital magazine, The EDIT, mother-of-two Robin explained she had previously been told both her and Spacey were receiving the same amount of money.

The 51-year-old actress said: "I was told that I was getting equal pay and I believed them, and I found out recently that it’s not true... so that’s something to investigate."

Robin has been an outspoken critic of the gender pay gap in Hollywood along with a number of other leading actresses.

MORE: Robin Wright's House Of Cards Character Too Sharp And Sexy For Cleavage

According to reported estimates, Kevin Spacey made $500,000 per episode ahead of the show’s season 3 debut in 2014.

Speaking out about the reason she believed the two characters were equal in the show, Robin described them as "partners".

She said: "Claire and Francis are equivalent as far as their power, their union and the plot. I may not have as many scenes or words as Francis, but Claire doesn’t need to verbalise as much. Francis is an orator, a poet, a demonstrator.

"Claire is an [ego] that sits in the back and directs him, but they are partners on the same plane."

The fifth season of the show is due to air on May 30, 2017 and will pick up from the nail-biting moment President Francis 'Frank' Underwood declared a global war on terror to distract from his ailing re-election campaign.