The 48-year-old actress recently revealed why this time in her life is the happiest!

Robin Wright is not ashamed to say that she is the happiest she has ever been personally and professionally at this time in her life, and the 48-year-old actress is also not afraid to reveal intimate details about why she is having such a good time. 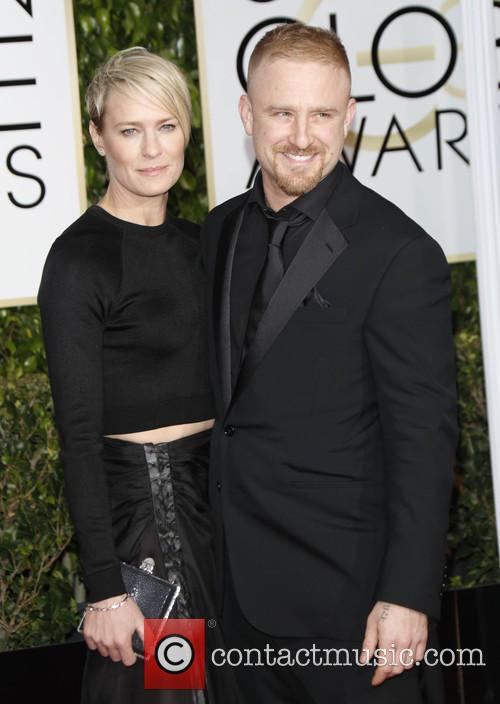 Wright is the happiest she has ever been with Foster

While speaking to the April issue of Vanity Fair for its cover story, Wright spoke candidly about finding true love with American actor Ben Foster, 34, and even opened up about her past marriage to Sean Penn.

"I've never been happier in my life than I am today," she gushed to the magazine. "Perhaps it's not ladylike (to say), but I've never laughed more, read more, or come more than with Ben."

Wright and Foster initially became engaged just over a year ago in January 2014, but the duo reportedly separated the following November. Only two months later, however, the pair rekindled their relationship and went public as a couple once again at January's Golden Globe Awards.

Before falling for the 'Lone Survivor' actor, Wright was involved in a thirteen year marriage with Penn, whom she shares two children with, Dylan, 23, and Hopper, 21. Although the former couple's split wasn't amicable at the time, she refused to take any shots at her ex-husband.

"I'm not in the business of talking about what 'isn't,'?" she said when asked about being married to the Hollywood veteran. "My eyes are set forward and I've never been happier. I have too much respect for Sean and our two extraordinary children to sell our past joys and woes for public consumption and fodder."

However, the 'House of Cards' actress did reveal what positives she took from their union. "I believe we were together not only to have our beautiful children but to learn how to love...for the next time around, the right way," she said. "And then, what I'm looking for in people now is kindness."