Real life Claire Underwood, or what?

So many female celebrities are speaking out against the gender pay gap in Hollywood, but how many of them are trying to make damn sure they don't become a victim of such sexism? 'House Of Cards' star Robin Wright put her foot down when it came to negotiating her pay to match co-star Kevin Spacey. 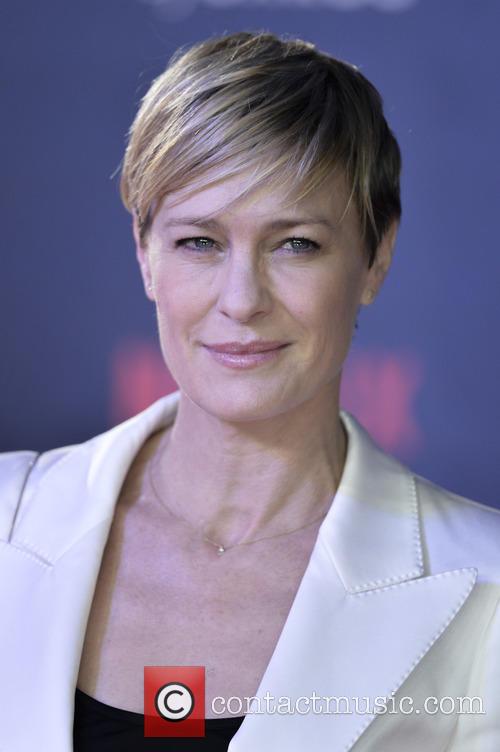 Robin Wright fought for her right to equal pay

How did she do it? Well, you might be interested to know that no disputes were involved, no lawsuit and no blackmail... well, almost no blackmail. In an interview with the Rockefeller Foundation, Wright revealed how she responded when she learned that Spacey was earning $500,000 per episode compared to her admittedly not-so-measly $420,000.

'I was looking at the statistics and Claire Underwood's character was more popular than [Frank's] for a period of time', she explained. 'So I capitalized on it. I was like, 'You better pay me or I'm going to go public.' And they did.'

More: 'House Of Cards' returns for a fifth season

Good for her! She went on to say that her right to equal pay was down to the fact that her 'House Of Cards' character was of equal importance to Spacey's. 'It was the perfect paradigm', she said. 'There are very few films or TV shows where the male, the patriarch, and the matriarch are equal. And they are in House of Cards.'

Wright also acknowledged how earning potential can become a problem for female actresses when they go on to have children. If they are forced to take time out from the screen, they can quite easily drop off the radar. 'I wasn't working full-time [while I was raising my children], I wasn't building my salary bracket. If you don't build that with notoriety and presence, you're not in the game any more. You become a B-list actor. You're not box office material', she said.

Other stars who have spoken out against the gender pay gap in Hollywood include Jennifer Lawrence, Gwyneth Paltrow, Patricia Arquette and Emma Watson.