The Final Projects Of Robin Williams

The death of acting legend and comedic master, Robin Williams, has prompted many tributes from colleagues, friends, family and fans to pour in from around the world as people come to terms with the loss of an icon. The 63-year-old versatile star of such classics as Mrs Doubtfire and Good Will Hunting was found dead at his home on Monday 11 August in what has now been confirmed as suicide by asphyxiation.

Robin Williams was 63 when he took her own life

His untimely death has left many devastated that they will no longer be able to frequently witness his talent with the potential for a Mrs Doubtfire sequel now unlikely to come to fruition. There are, however, four films as yet unreleased in which Williams stars and will be seen on screen.

Here’s a guide to his last works.

More: Robin Williams Had Chemical Substances In His System

Character Boyd Mitchler must spend the holiday season with his estranged family of misfits and is hoping not too much will go wrong. Unfortunately, when he realises he has left all his son’s gifts at home, he must attempt to make the eight-hour round trip home with his own father, Mitch, played by Williams, in order to pick the holiday spirit up before sunrise.

Merry Friggin’ Christmas is due for release in November 2014.

Night at the Museum: Secret of the Tomb 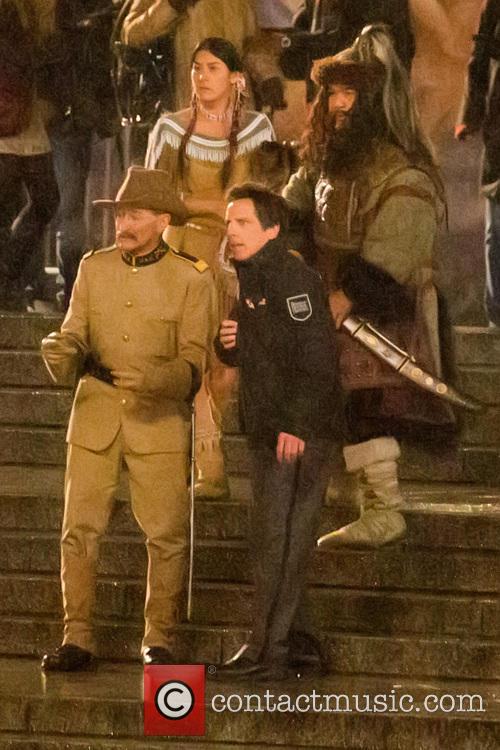 Robin Williams reprised his role at Theodore Roosevelt in Night at the Mseum: Secret of the Tomb

In the third instalment of the Night at the Museum trilogy, Williams will once again reprise his role as the 26th President of the United States, Theodore Roosevelt.

Based on the exhibits of the American Museum of Natural History and their ability to come to life, this third film focuses on Larry Daley, previous night watchman at the museum and one of the only people who knows its secrets.

When the magic powers of The Tablet of Ahkmenrah begin to die out, Larry, played by Ben Stiller, has to gather the troops and round up characters old and new to try to save the magic before it’s lost forever.

Night at the Museum: Secret of the Tomb will hit UK cinemas on 19 December.

Williams stars in this indie drama alongside Bob Odenkirk of Breaking Bad fame as a devoted husband trapped in a marriage of convenience.

Resigned to what his life is, he meets a troubled young man named Leo on his drive home from work one night who forces him to confront his unhappiness and to come to terms with the man he really is.

Boulevard premiered at the Tribeca Film Festival in April 2014 but a worldwide release date has yet to be announced.

More: More Than Comedy: The Serious Side Of Robin Williams

In what is likely to be his last role, Williams lends his voice to Dennis the Dog in this British comedy starring Simon Pegg, Kate Beckinsale and Michael Palin.

The film follows a disillusioned schoolteacher who discovers he has magic powers and the sudden ability to do anything he wants. He is encouraged to pursue these newfound skills by a group of power-crazed aliens watching him from space.